The past three months have seen the Cardano Foundation augment partnerships and encourage the open source maturity of the Cardano ecosystem. From education to enterprise, we continue to champion blockchain adoption and support the progress of the technology itself.

The Foundation not only conducted the first annual survey of the Cardano developer ecosystem, but also provided support for a successful hard fork and participated in various conferences and meetups across the globe. We equally strengthened our alliance with the University of Zurich, both sponsoring a new PhD position in Blockchain Analytics and again taking part in the university’s International Blockchain Summer School.

A commitment to the community and the next generation

In July, redelegation of the Cardano Foundation Wallets finished with a pool of 201 applications which included projects centered on builder tools, open source and closed source projects, pull requests, Cardano Improvement Proposals (CIPs), and educational content—all of which help improve the Cardano blockchain ecosystem. Of these, 142 stake pools received honorable mentions and 45 were delegated to following a random draw. The application for the next round of delegation also ran from early September to early October and the results will be shared soon.

To bring attention to the essential work performed by Stake Pool Operators (SPOs), the Foundation also inaugurated the series “A Spotlight on Stake Pools”. Each entry interviews a different SPO who shares with the community a few details about their motivation, drives, and projects.

As another step to empower and equip the Cardano community, the Foundation launched the first edition of the Annual State of the Cardano Developer Ecosystem survey. The survey fits into the Foundation’s efforts to foster the open source growth of the Cardano ecosystem and helps us gain a greater understanding of the builders’ requirements and needs. The report, along with an interpretation of the results, is open source, so that the community can fully access the information and perform further analysis. The Cardano Foundation invites others to contribute to the results’ interpretation and has created a dedicated Github discussion board for this effect.

Likewise, the Foundation’s focus on education is at the heart of our partnership with the University of Zurich (UZH)—one of the top three universities in the world to study blockchain, according to a recent ranking. As the UZH once again hosted their blockchain-based Summer School, we were happy to sponsor 12 students: seven from Ireland, India, Ukraine and South Africa, as well as five from Women in Tech. Moreover, Jeremy Firster, Head of Partnerships and Executive Officer at the Cardano Foundation, delivered two lectures. Speaking to the next generation of coders, engineers and developers, Firster began by explaining the key functions and features of the Cardano protocol and then, in his second lecture, detailed aspects of digital identity (ID).

Furthering the partnership with the UZH, the Foundation is also sponsoring a PhD candidate in Blockchain Analytics. The doctoral student will explore the economic functions of UTXO based blockchain in collaboration with the Cardano Foundation and the Blockchain Data Observatory at the UZH. Academic sponsorships such as this help to ensure the rigorous development of blockchain technology, advancing and improving it for enterprise use.

An opportunity for diversity in blockchain

The Cardano Foundation knows the importance of hearing from a variety of voices and having their experiences represented in the blockchain space. We therefore welcomed the opportunity to organize a panel dedicated to “Women in Blockchain” during the meetup staged at the University of Zurich. Lynn Gummow, Vice President of Operations at the Cardano Foundation, exchanged insights with Alison Fromm, Managing Director at Crypto Alley, and Dr. Liudmila Zavolokina, member of the UZH Blockchain Center and postdoctoral researcher at the Digital Society Initiative (DSI) of the UZH. 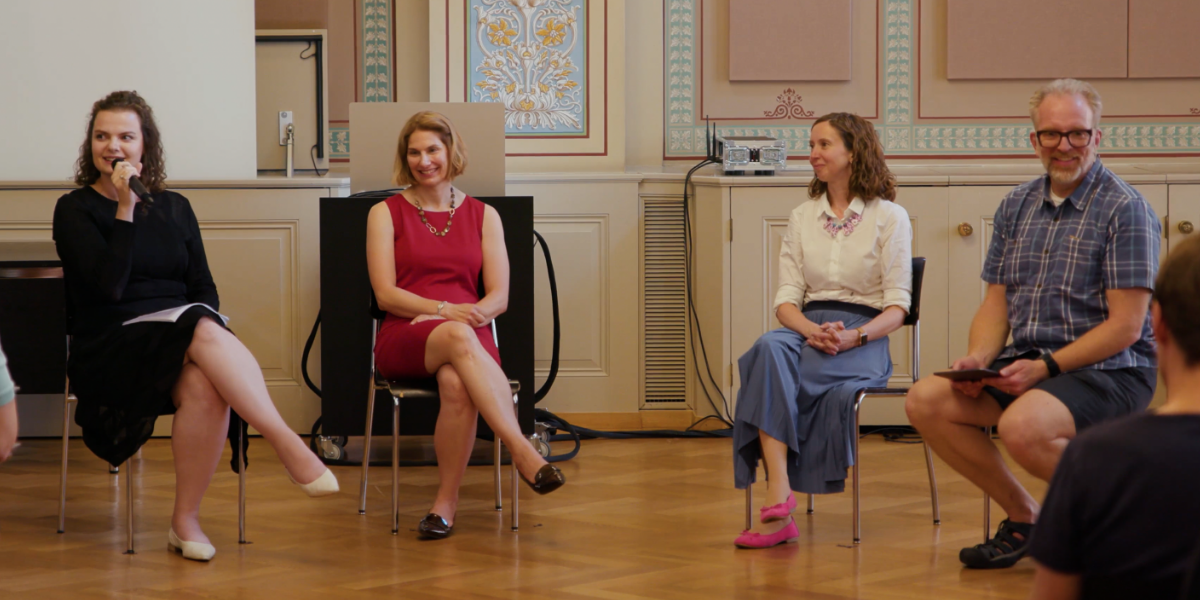 The panelists spoke about their journey into blockchain, which entry barriers still exist, and the relevance of topics such as self-sovereign identity. Fromm outlined how blockchain represents an opportunity to create a global operating system premised on diversity, while Zavolokina highlighted the crucial role of trust in building blockchains, and Gummow stressed the necessity of each individual challenging their own biases as a means to create the possibility of positive change.

Frederik Gregaard, CEO of the Cardano Foundation, and Dr. Claudio Tessone, Professor of Blockchain and Distributed Ledger Technologies at the UZH, have discussed the significance of research both to gain an understanding of user behavior and to prepare the technology’s future. During the Zurich meetup, they considered some of these points and answered questions from an audience comprising students, professores, and various blockchain enthusiasts. Dirk Hohndel, Chief Open Source Officer at the Cardano Foundation, rounded out the panel sessions with a lecture on open source as a social experiment with lasting, positive effects.

This kinship with decentralization links open source and blockchain technology. Both believe in having a diverse community that not only helps to shape and develop technology but also leads to improved transparency. Indeed, at the event Blockchain, Crypto, and Philanthropy—with the joint organization of Save the Children, the Swiss Arab Network, and the Cardano Foundation—Sandro Knöpfel, our Head of Financial and Regulated Institutions, explained how blockchain use cases can create transparency and trust. During the same event, Gummow discussed with Adrian Förster, CEO of Save the Children, the ability of blockchain to aid humanitarian efforts.

Meanwhile this past September, Mel McCann, Vice President of Engineering, delivered a keynote address at the Upbit Developer Conference in Busan, South Korea. Under the general theme of smart contracts, McCann detailed how Cardano can be used for product certification and proof of origin. 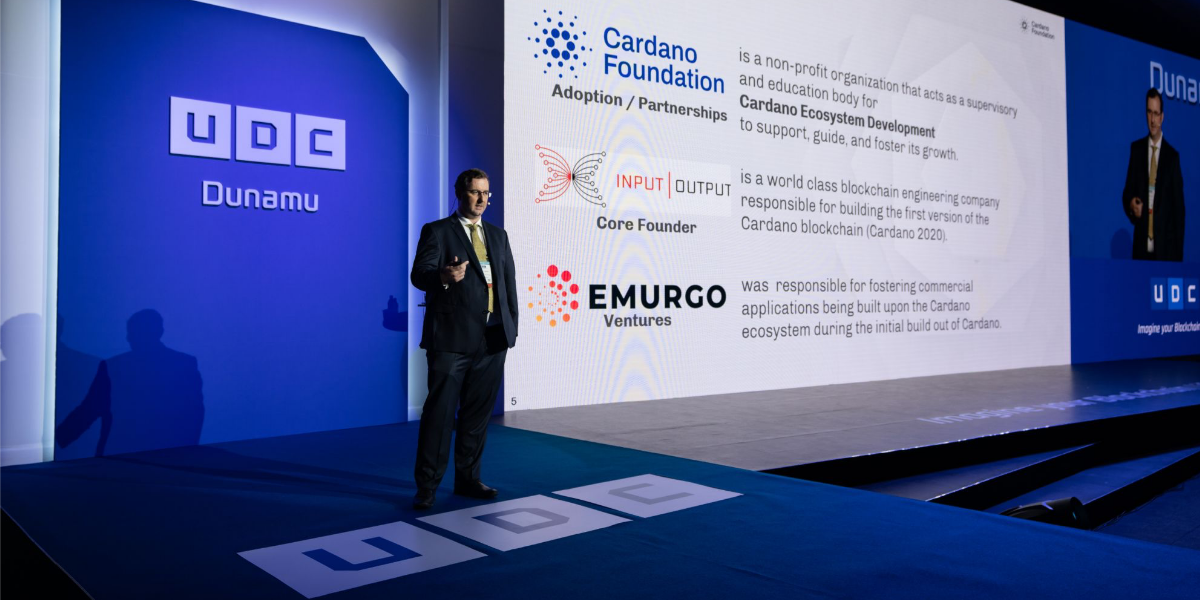 Seeing the potential of blockchain utility

Following the successful deployment of a track and trace system for Baia’s Wine, the Cardano Foundation will now develop a broader solution to verify the authenticity of Georgian wine and help consumers learn about its history and specific qualities. The recently announced partnership with Georgia’s National Wine Agency has the further collaboration of Scantrust as well as the Bolnisi Winemakers Association, and it will showcase the use of blockchain at a nation-state level.

Such far-reaching use also sat at the core of the Booming Power of DLT in the Agriculture Sector conference, hosted by the International Association for Trusted Blockchain Applications. The panels focused on the capability of distributed ledger technology (DLT) to solve difficulties in the agriculture sector. Knöpfel shared insights on how DLT projects can assist sustainable agriculture. From climate change to transportation and wars, the agriculture industry faces multiple pressure points, some of which could benefit from the strategic use of blockchain technology.

Knöpfel and John MacPherson, Senior DeFi Relationship Manager at the Cardano Foundation, later joined Dr. Martin Hiesboeck, from Uphold, for a lively conversation. They explained some key differences between types of proof-of-stake (PoS) mechanisms, outlining the next moves for Cardano and what they mean for both developers and decentralized finance (DeFi). Knöpfel and MacPherson further talked about test cases, compliance, the Foundation’s ongoing contact with regulatory entities, and how the Cardano roadmap addresses the blockchain trilemma.

Firster also spoke at the Binance Blockchain Week Paris 2022 explaining the Foundation’s work to establish efficient and future-proof frameworks. At Token 2049 in Singapore, Firster then discussed growth and performance of the Cardano ecosystem, as well as how industries are adopting Web3 applications. 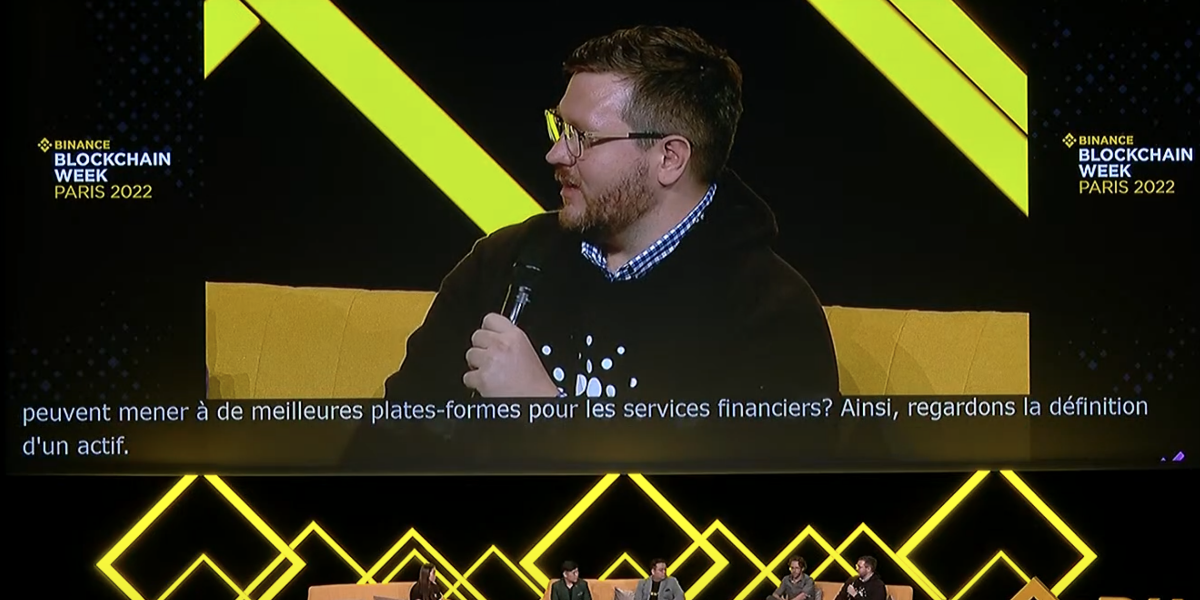 At the end of August, Binance.US followed in the footsteps of Swiss-based Sygnum Bank and started supporting staking of Cardano’s native token. This type of blockchain adoption plays a significant role in ensuring liquidity. Moreover, it provides an important option for those who would like to benefit from blockchain utility—or leverage the Cardano blockchain for good—, but would prefer to have a custodian handling the risks associated with protecting the keys of a wallet.

On the road to scalability and the Cardano Summit

With the Vasil hard fork upgrade on September 22 the Cardano blockchain is now ready for the scaling of the Basho era. Throughout the process, SPOs exercised caution and performed wide testing of the network, while the Cardano Foundation’s Integrations team ensured exchanges received the necessary technical assistance to perform the upgrade.

Vasil scales the Cardano blockchain to a boosted performance, ready for layer-2 capabilities and with increased network throughput. It lays the way for the Foundation’s work in improving the underlying performance of the Cardano network. Similarly, it optimizes the technology to support further growth and adoption for applications with high transaction volumes. Only sound technology guarantees the widespread acceptance of blockchain, leading to an integration with legacy businesses that will improve the current financial and social systems.

At the same time, nurturing the community’s empowerment and engagement remains essential. This is why, ever since Fund 7, the Foundation has been an active participant in Project Catalyst—Cardano’s prelude to on-chain voting. For Fund 10, we selected nine challenges, including projects championing governance, education, diversity and inclusion, or the bolstering of Cardano's open source decentralization.

This pledge to the community equally informed how the Foundation is organizing the Cardano Summit 2022. To celebrate Cardano’s achievements, the event will run from November 19 to November 21, 2022, with three ways to participate: a main stage in Lausanne, more than 50 community-led events in multiple cities spread across the globe, and a virtual attendance via an interactive platform available to anyone. In addition, Day 2 of the Summit will showcase projects Building on Cardano and offer the stage to community leaders.

Tickets can now be reserved, and while the nomination period for speakers has ended, nominations for the inaugural Cardano Summit Awards will only close on October 20, 2022. The final voting for the speakers chosen and nominated by the community will also soon start.

The Cardano Foundation invites everyone to attend the Summit and join us for three days of learning, sharing and discovery. 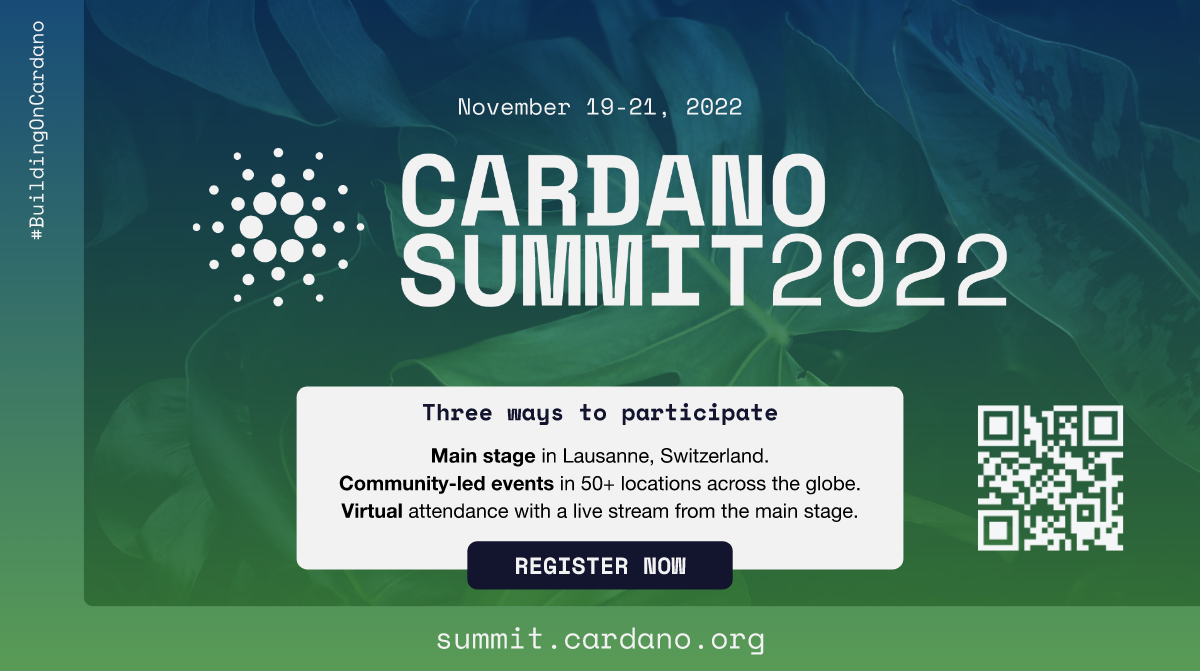