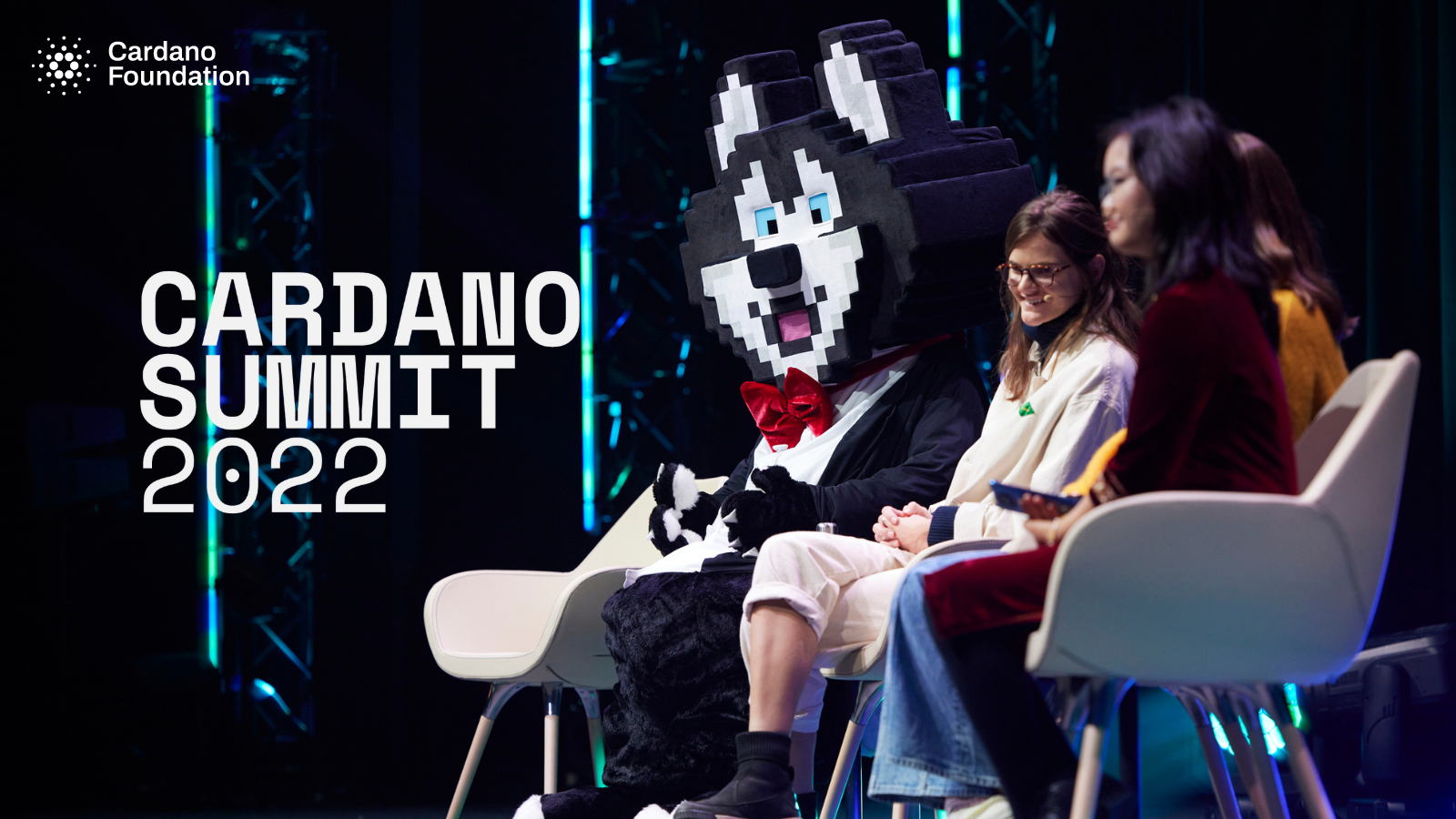 The winners of the inaugural Cardano Summit Awards were announced during the Gala Dinner at the SwissTech Convention Center, on November 20. In a night sponsored by the Cardano Foundation and EMURGO, the Cardano community came dressed in their finest attire to celebrate the ecosystem’s growth. 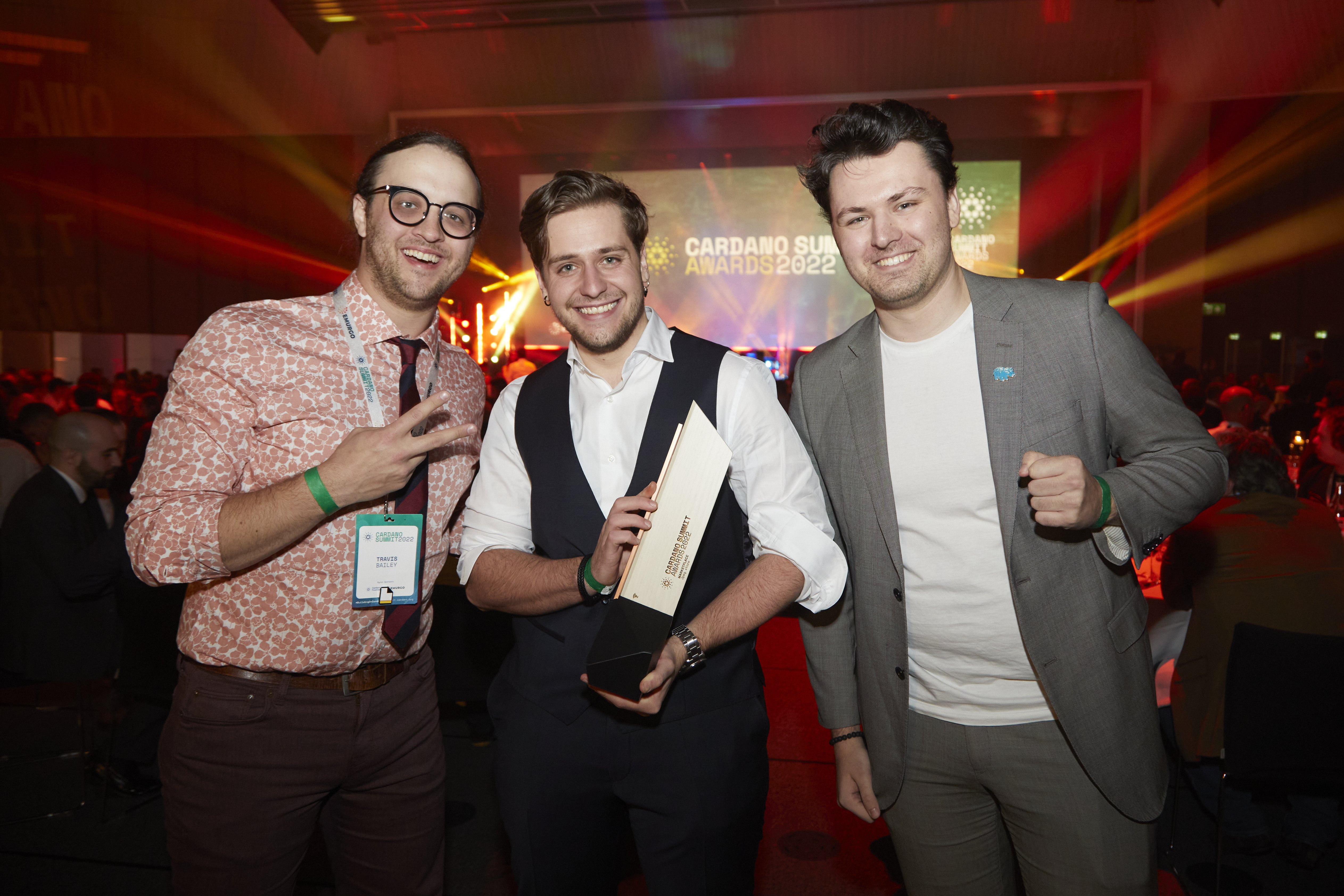 Following the overall ethos of this year’s Summit, not only had the nominees been chosen by the community, but the winners were equally voted for by the community. The Cardano Foundation’s Metadata Tools team developed the Cardano Ballot to secure a smooth voting experience that guaranteed the on-chain verification of each vote. In fact, the team designed the app both for the community’s use and to supply the ecosystem with advantageous tools.

Putting collaboration at the forefront of blockchain

Opening day 2 and speaking in Auditorium A, Thomas Mayfield and Fabian Bormann—blockchain engineers at the Cardano Foundation—outlined how the Metadata Tools team built the Cardano Ballot. The pair spoke through the various requirements and steps of creating the voting app, further explaining why the team decided to apply SundaeSwap’s governance model to the Ballot. The team will also make the code open source so others may review it.

Matthias Benkort, of the Cardano Foundation, next moderated the panel “Building on Cardano: overcoming challenges and the road to mass adoption”. Pi Lanningham (SundaeSwap), James Dunseith (Gimbalabs), Santiago Carmuega (TxPipe), and Andrew Westberg (Newm) delved into the particularities and opportunities of Cardano, with Lanningham advocating for "getting your hands dirty” and Westberg remarking “it doesn’t matter [the developer’s preferred programming language], there’s places on Cardano for everybody.” The panelist also converged around the importance of open source to the Cardano ecosystem and specified a willingness to experiment and collaborate as crucial to running a successful enterprise on the blockchain space. 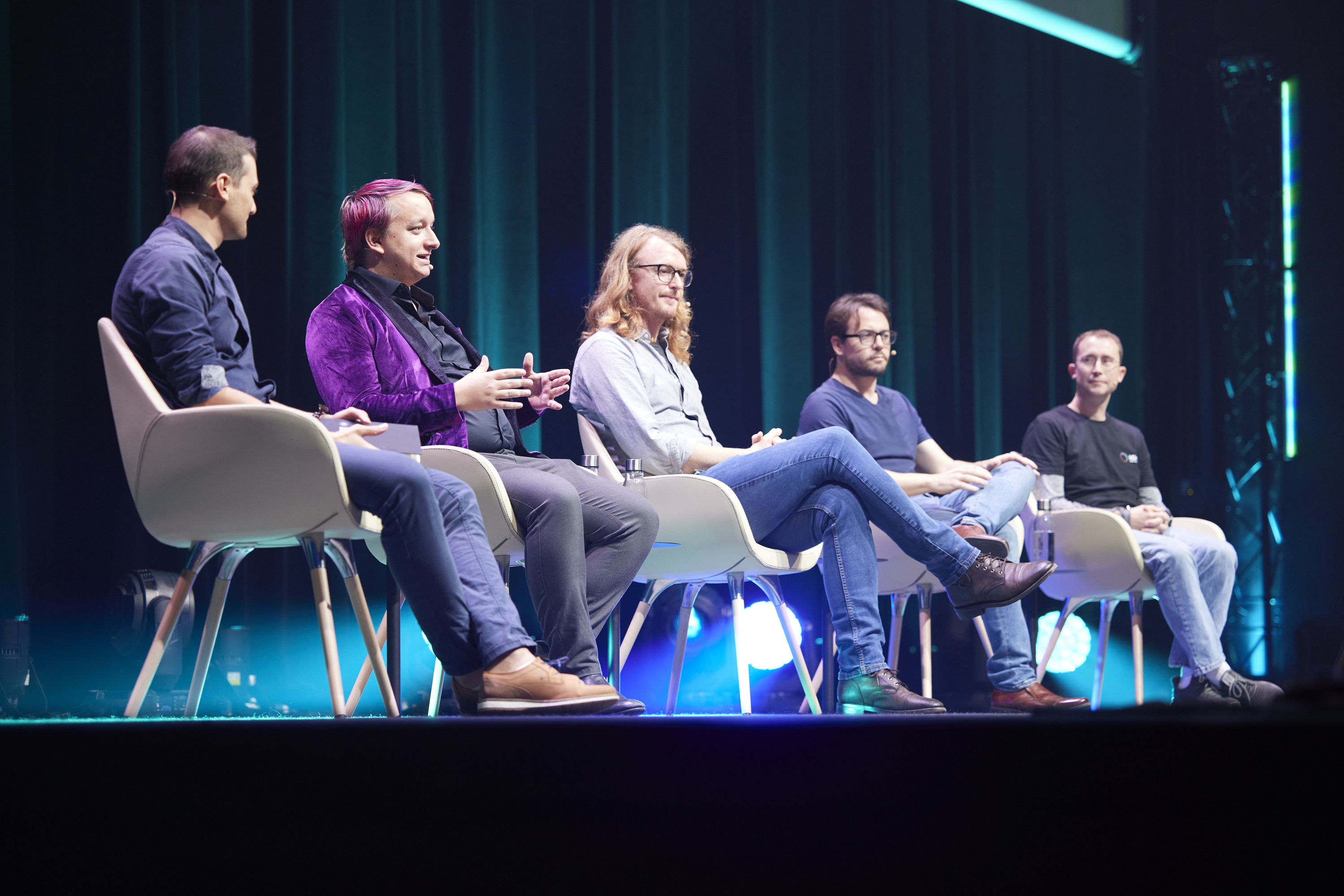 In a panel about digital identity, Allison Fromm (ProofSpace) led a wide-ranging discussion outlining how digital identifiers (DIDs) and non-fungible tokens (NFTs) offer a means for people to regain control over their data in the transition from Web2 to Web3. Sebastian Bode (Cardano Foundation), Patrick Tobler (NMKR), Tim Heidfeld (IAMX), and Bruno Kellenberger (KYC Spider AG) stressed the relevance of creating common global standards, while ensuring decentralization remains at the core of blockchain networks. Heidfeld then affirmed he has “seen no greater support” to startups building on blockchain than the one provided by the Cardano Foundation.

Finance, brands, and gaming in the age of blockchain

Vedran Vukman (Revuto), Florian Sorg (Newm), Jonas Lindgren (Charlie3), Glen Jordan (EMPOWA), and Peter van Garderen (Landano / Orcfax) concurred that Cardano’s rigorous, peer-reviewed approach is well-positioned to make an impact, democratizing markets and increasing the accessibility to financial services for those who need them most. Sorg highlighted Cardano’s deterministics fees as a major factor in safeguarding the stability required by Newm’s business model. In fact, while panelists agreed RealFi can become a driver for blockchain mass adoption, they also stressed this will require building services defined by ease of use, trustworthiness, and cost effectiveness.

James Wagner of Indigo Labs started the next panel with a special announcement: the launching of the first stablecoin on Cardano. Rizwan Pabani (Cardano Foundation) then led Wagner, Jarek Hirniak (Axo / Generation Lambda), Elie Naba (Quantoz), and Chetan Bafna (Ardana) in a debate about decentralized finance (DeFi). Speakers again pointed to Cardano’s methodical approach as crucial in guaranteeing the longevity of the blockchain, signaling how upgrades like the recently completed Vasil hard fork have improved the speed and scalability of Cardano, increasing the overall confidence in the security of the platform.

Equally delving into the different realities of Web2 and Web3, “Building your brand on blockchain” featured some of the best known brands in the Cardano ecosystem: Bullish Dumpling—winner of the Cardano Summit Award for educational influencer—, Lenna and Issy (ClayNation), and Hosky—winner of the award for NFT project. The panelists emphasized the role of trust when building a brand and how the Cardano community constantly offers support, encouragement, feedback, and comradery.

Continuing the program in Auditorium A, the next panel examined the potential of blockchain for a revolution in gaming. Moderated by Linda Roland (MALU pool), it had the participation of Paul Manuel (Pavia), Kevin J Foxe (Enter The Mandala), Egon (Stellar Hood), and Josh Jones and Rob Greig (Cornucopias). Once more, Cardano’s rigor and strong community appeared mentioned as crucial in providing projects with the necessary security to implement business models on the blockchain. The discussion further touched on how blockchain can bring property rights to gaming, and stressed that mass adoption hinges on a seamless transition for consumers.

Shahaf Bar-Geffen (COTI) took to the stage to announce the decentralized stablecoin Djed will be released on the Cardano blockchain in January 2023. Bar-Geffen provided details on how Djed’s over-collateralized algorithmic stablecoin works and also revealed plans for an accompanying app called Djed Pay.

Moving towards the future

For “Impact: a driver for blockchain adoption”, Alexandre Maaza (Cardano Foundation) moderated a panel with Pierre-Alain Masson (Seedstars), Ljupka Mitrinovska (Accelerate2030 – Impact Hub Geneva), Taha Bawa (Goodwall), Scott Poynton (The Pond Foundation), and Vincent Katchavenda (Cardashift) where they considered the role of blockchain in innovating, connecting people, and increasing transparency. They further examined some current uses of blockchain to supply chain management as well as to validate and verify educational credentials. Maaza summarized that “there is a community that is building to change the world for the better. This is the vision of Cardano.”

Navjit Dhaliwal (Iagon) focused on data compliance, privacy, and security. He likewise described how his company supports organizations in complying with general data protection regulation (GDPR). Dhaliwal declared that “Cardano is the best way forward”, and noted that Iagon moved to Cardano because of its reputation as a secure blockchain.

Charles Hoskinson delivered an impassioned closing keynote address, underlying the resilience of the Cardano blockchain as well as the Cardano community. Indeed, Hoskinson signaled a will to run Cardano as a completely decentralized ecosystem, leveraging the voices of millions of people while equally benefiting from the steady guidance of trusted institutions. He praised the Cardano Foundation as an institution, mentioning its political stability, the extensive experience of its members, and citing the Foundation’s partnership with Georgia’s National Wine Agency as an example of what can be achieved when applying a problem-solving mentality.

As Hoskinson stated, "the sun never sets on Cardano. Never has, never will." 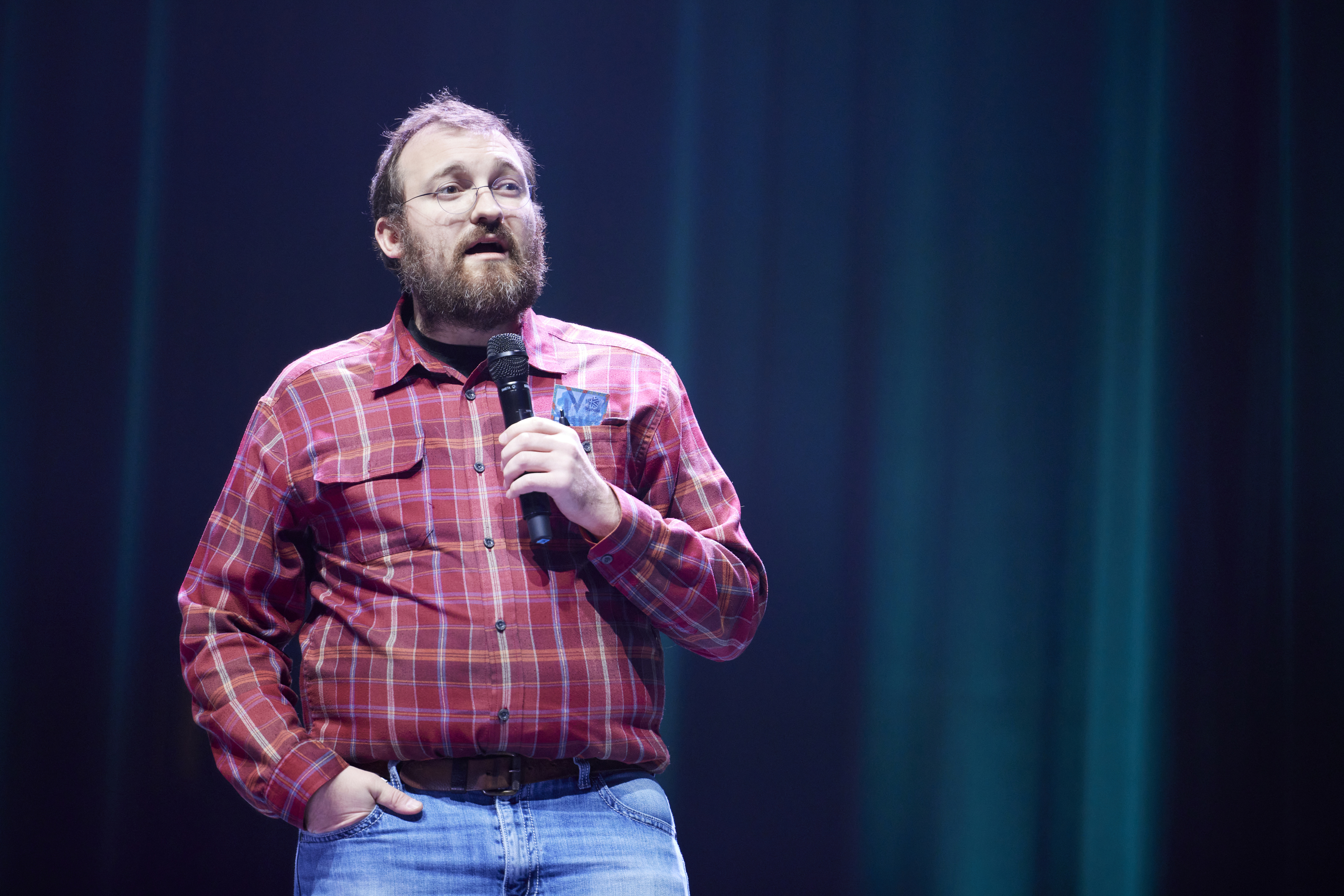 A varied ecosystem of projects

The agenda in Auditorium C embraced the principles of decentralization and governance, offering a day entirely devoted to the speakers chosen and voted for by the community.

Janet Adams, COO of SingularityNET, focused on the organization's core artificial programme and artificial general intelligence, spotlighting some current projects and plans. Adams also spoke to SingularityNET’s alignment with Cardano’s values: work to have a positive impact across the world. 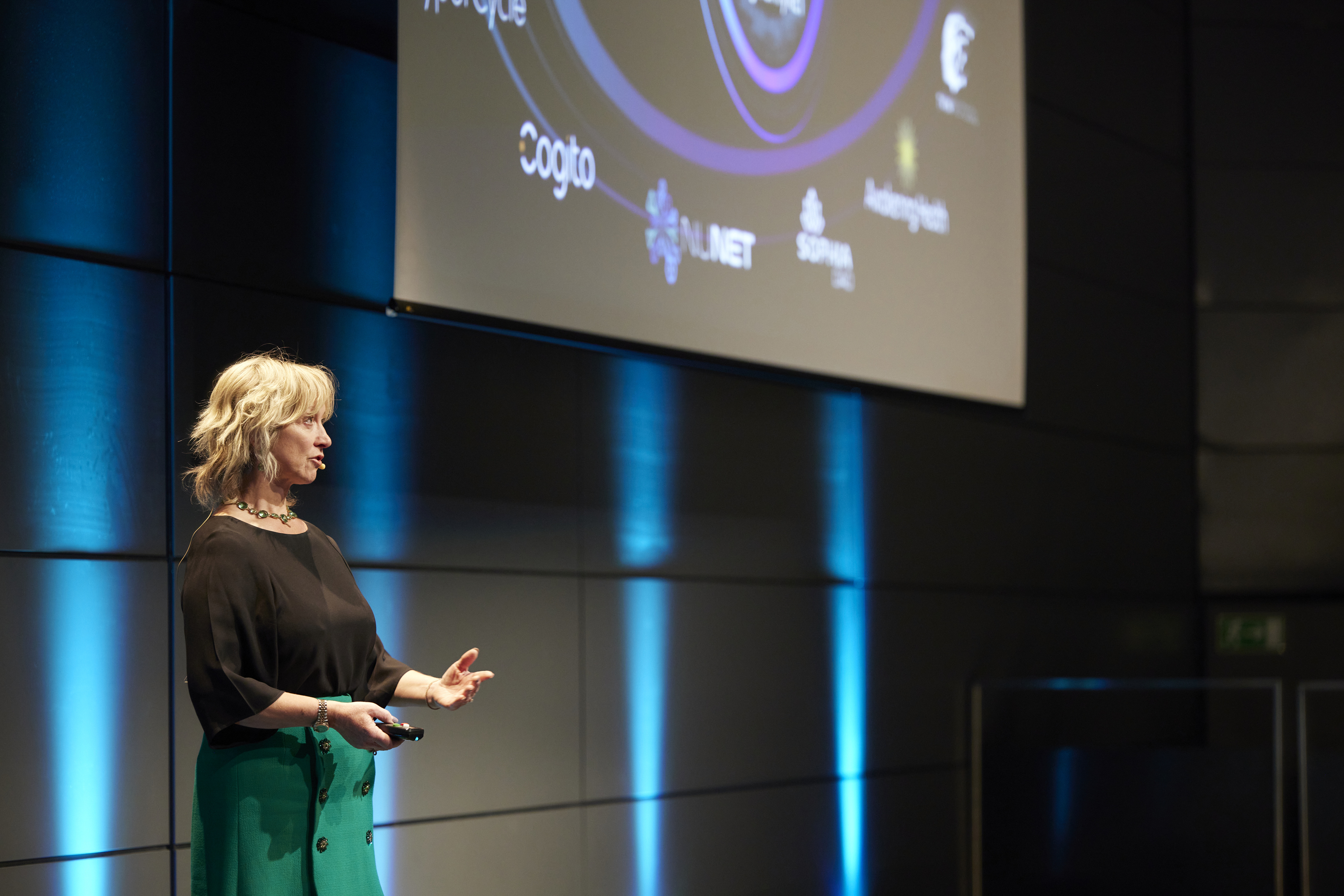 Presenting on behalf of Hosky, Bullish Dumpling started with a range of funny videos from Hosky holders. She then highlighted the massive growth in the delegation as a result of the Hosky Rug Pool programme, which has helped build the Hosky community. In another day 2 address, LeadTimeNull, also known as the Coffee Cup, later spoke about Rug Pool’s business model and structure. Currently, 18 pools participate in the Rug Pool, all aligned in a shared vision of continually fostering and increasing decentralization.

The CTO of SundaeSwap, Pi Lanningham, considered different scalability solutions for Cardano, from sidechains to roll ups, devising them as opportunities to create a robust, evolving, historical, and global blockchain. Bar-Geffen next offered an abridged presentation of the Djed stablecoin. And Jones and Greig used visual examples of the Cornucopias gaming metaverse to detail some of the possibilities of this metaverse while showcasing a few of the game’s zones to demonstrate the professional quality of the graphics. Speaking again later in the afternoon, the Cornucopias’ CEOs provided a few extra insights about why they decided to build on Cardano, specifically citing the reliability of the chain, its scalability, as well as the friendly and enthusiastic Cardano community that is constantly open to work together on an innovative project.

Heidfeld discussed how IAMX’s technology can provide a range of solutions, allowing users to save time and optimizing the process both for customers and businesses. While in the following session, Glen Jordan described EMPOWA’s passion for financial inclusion, the development of affordable housing, and climate-smart construction, outlining the challenges with housing in African countries.

Sebastian Nagel, of IOG, reinforced the desire to build an open financial operating system for everyone, using globally distributed and decentralized finance. He then outlined the main goals driving the development of Hydra and how Hydra is looking to address scalability challenges in order to drive adoption.

Patrick Tobler described the creation and journey of NMKR, which now goes beyond an NFT minting tool, having more API capabilities as well as non-API capabilities. NMKR also hopes to make a full tool set accessible to both developers and end users.

The co-founder and CMO of Charli3, Damon Zwarich, next described how oracles provide data to smart contracts, enabling real-world applications of blockchain technology. Charli3 utilizes Cardano’s EUTXO model, which contributes to increased adoption and greater security. In October 2022, Charli3 launched its price feed on Cardano, supplying price feeds to the community free of charge so innovators can continue building projects at a lower cost. 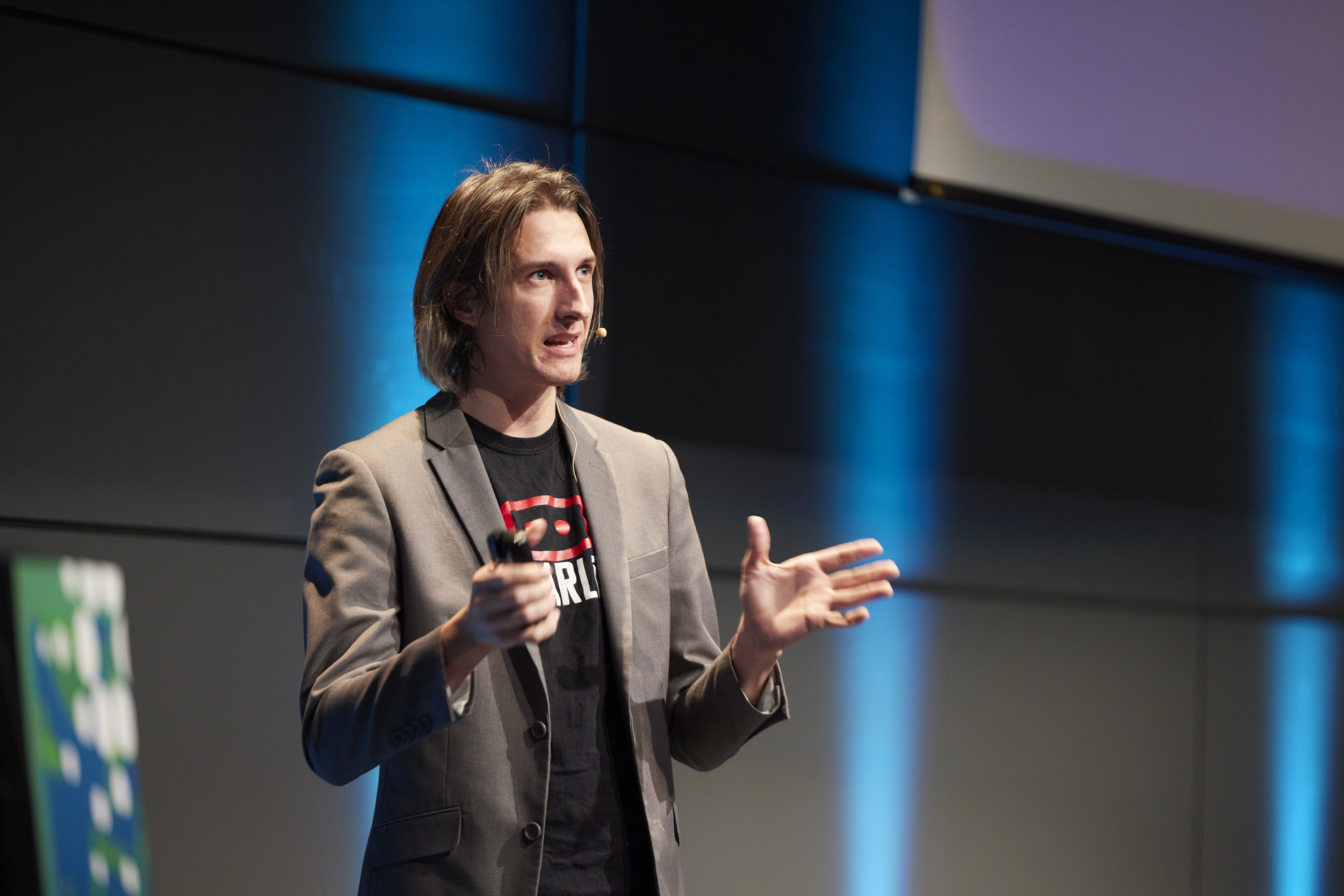 After outlining the various advantages and disadvantages of centralized finance (CeFi) and DeFi, Hirniak explained how Axo tackles these issues and employs programmable swaps to enable users being treated equally. All done through a virtual order book.

Katchavenda, of Cardashift, remarked the Cardano Summit 2022 was the first time he went to a blockchain-related conference and saw so many people building to have an actual positive impact on the world. He outlined how Cardashift assists impact-driven organizations moving to Web3 and not only scaling their business model but also contributing to an open economy of positive impact. Cardashift expects collaboration with two projects—Pyxo and Revolte—to go live in the coming months.

In summarizing Revuto’s business case, CEO Vukman presented data about how much people spend on subscriptions and described some Revuto features that help users to better manage their subscriptions. Ashish Prajapati, co-founder of Strica, next addressed how to build scalable tools on Cardano. Strica has been building on the Cardano ecosystem since late 2019, and Prajapati detailed some of the necessary steps to create blocks on the Cardano blockchain.

With all Summit keynotes, panels, and workshops concluded, the Cardano community joined the Cardano Foundation teams and the EMURGO delegates at the D!Club for a closing party that lasted through the night.

The Foundation hopes all attendees left this year’s Summit feeling informed, inspired, and ready to innovate. In the following weeks, we will be sharing a varied assortment of content throughout our different platforms. And we already look forward to seeing everyone again at the Cardano Summit 2023! 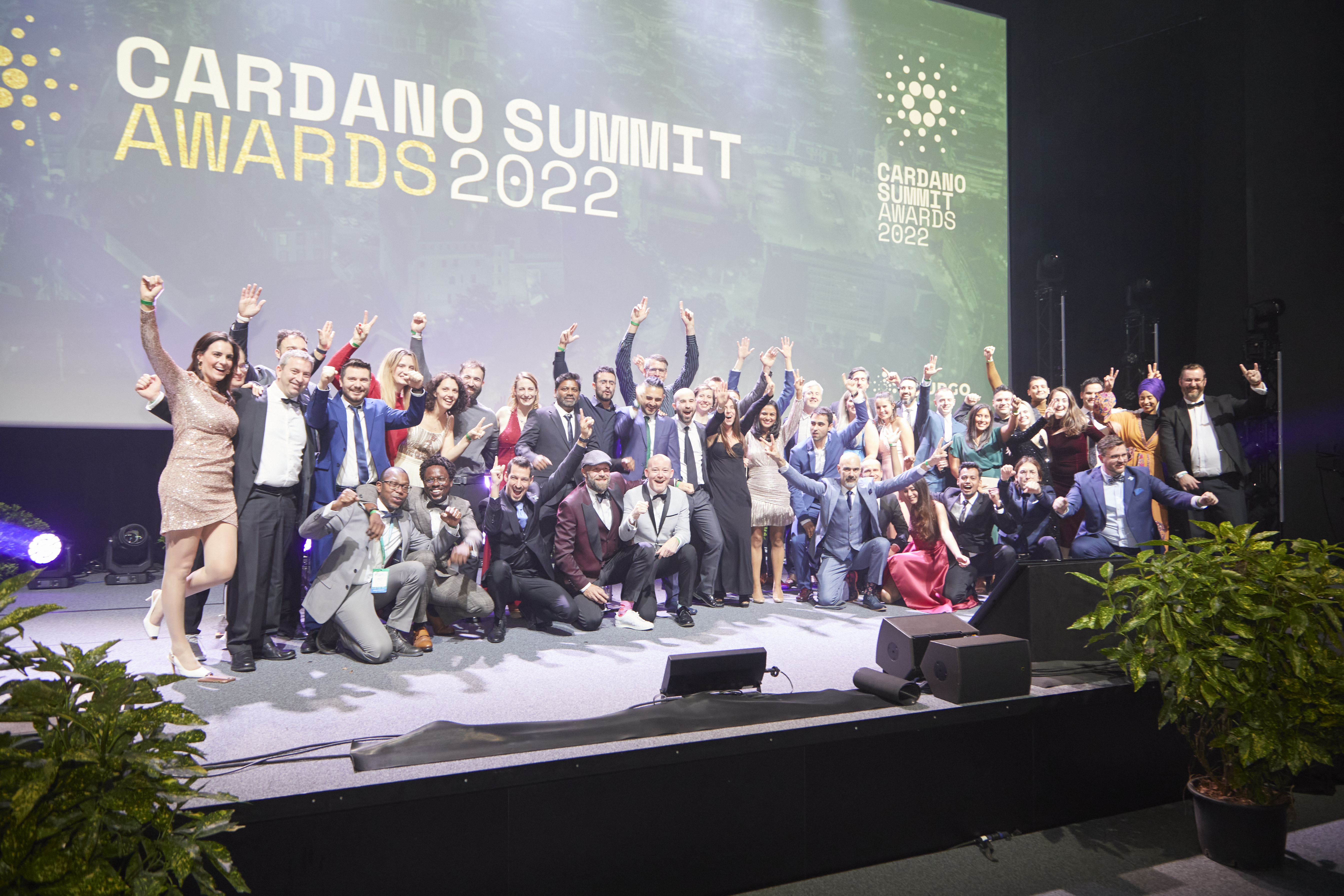