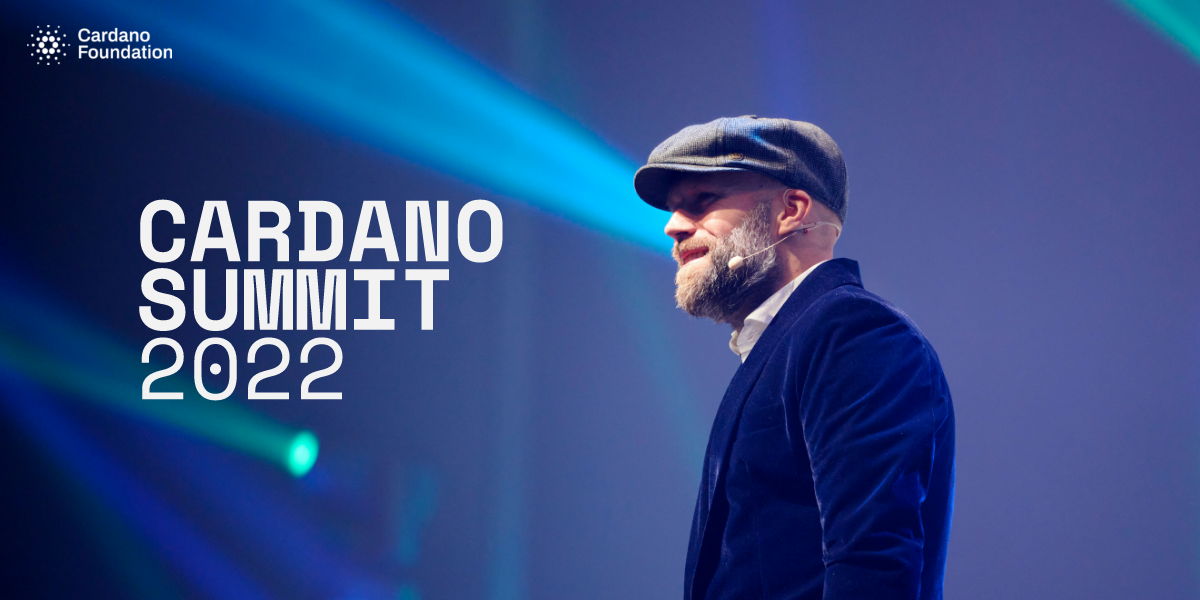 The Cardano Summit 2022 kicked off yesterday—November 19—with an evening at the Olympic Museum sponsored by the Cardano Foundation and EMURGO. Frederik Gregaard, CEO of the Cardano Foundation, welcomed everyone, recalling a quote from Pierre de Coubertin, founder of the International Olympic Committee, about the crucial importance of including all nations in the Olympic Games. Just like the Olympics, Cardano is for everyone.

The more people build on Cardano and participate in the ecosystem, the more it grows, improves, and evolves

After the enthusiastic beginning last night, Day 1 of the Summit featured over 20 sessions and more than 45 speakers.

A technology for the future

Gregaard’s keynote reflected on what makes the Cardano Foundation special, noting that unlike other blockchain foundations it does not control the blockchain nor build the infrastructure, but instead represents the Cardano founders’ recognition that to drive change, increase adoption, and ensure resilience, an independent and unbiased entity was needed.

Among the Foundation’s wide-ranging mission, education and engagement assume a crucial role. Gregaard was therefore particularly thrilled to announce an innovative, new blockchain education course ,and called on the community to join the course’s alpha program. The feedback of those who sign up will help to hone this education program and contribute to teaching blockchain to the world.

As Gregaard affirmed, “Cardano is made for change”.

With the advent of the Voltaire era, the plans to develop a new membership-based organization, a bespoke education program, and the next ambitious Global Impact Challenge, the Foundation is focused on making sure this change happens not only based on what the community wants, but also with the long-term prosperity and health of the ecosystem front and center.

Auditorium A then featured a host of expert panels, including a discussion on proof of stake (PoS) between Gregaard and Massimo Morini, Chief Economist of the Algorand Foundation, moderated by Inbar Preiss of The Block. Gregaard and Morini ranged across regulatory, technical, and philosophical terrain, with both speakers in agreement on the need to improve education around the value proposition of next generation blockchains. Gregaard closed with the observation that “if Web3 should make any sense at all, it has to be decentralized” and built “by the people, for the people.”

Next up was a deep dive on how to embed open source principles into Cardano, featuring Mathias Benkort of the Cardano Foundation, Jonny Nguyen and Arnaud Bailly of IOHK, and Santiago Carmuega of TxPipe. The panel stressed the need to learn from the long history of the open source movement and look to it when designing new governance arrangements for Cardano, such as the proposed membership-based organization.

A blockchain fit to finance and global impact

This was followed by a discussion among some of the most innovative thinkers in finance, who addressed issues related to infrastructure, custody, and digital asset banking. Sandro Knöpfel of the Cardano Foundation moderated excellent contributions from Jacek Trzmiel (Coinfirm), Godefroy Schrago (FiveT Fintech), Christian Rau (Mastercard), and Lamine Brahimi (Taurus). The panelist highlighted the necessity of boosting trust across blockchain and banking. 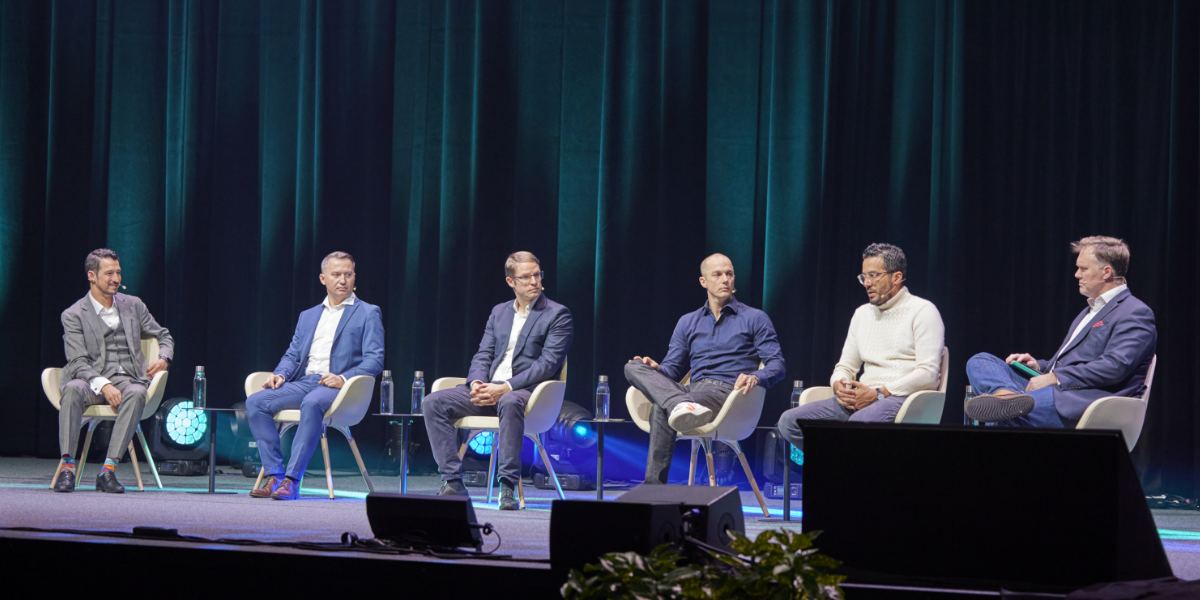 The session before lunch addressed the future of Web3 and staking, with a focus on the challenges of securing social adoption as well as regulatory approval for decentralized identity solutions. Moderated by Jide Fashola of the Cardano Foundation, the panel featured Philip Schmidt (Coinbase Cloud), Yves Holenstein (Bitcoin Suisse), Danish Chaudhry (FMFW.io Exchange) and Emma Li (Bitrue).

After lunch speakers from across the blockchain community gathered in auditorium A to address the many ways in which blockchain can be optimized to create positive change.

Nicholas Niggli moderated a panel with  Katherine Foster, Safeya Zeitoun, Duncan Brown, Michele Soavi and Vincent Peikert. Collectively, they explored ways in which, during the age of Web3, climate-focused value chains are being used to tackle the climate crisis.

The Cardano Summit 2022 is also an opportunity to showcase new products being built on the Cardano blockchain. Sebastian Zilliacus, from EMURGO Media, provided details about Cardano Spot, a new social media-like platform designed for Web3 and running on Cardano.

Day 1 in Auditorium C ranged across multiple topics, from blockchain for good and innovative operating models to education, building on Cardano in Switzerland, and the role of venture capital (VC) in Web3.

After lunch, Claudio Tessone, Professor of Blockchain and Distributed Ledger Technologies, outlined the blockchain technology course running at the University of Zurich since 2020. Tessone and Gregaard also expounded on incentive mechanisms, teaching methods, the evolution of blockchain, and education around it. Both speakers agreed that more research and education is essential, and that collaborations play a vital role in this process.

The day finished with Yosuke Yoshida providing an enlightening overview of EMURGO’s VC activities in Web3. Yoshida drew attention to the two entities engaging in investment activities within EMURGO: Emerging Markets and Developed Countries. By the end of 2022, EMURGO will have successfully invested in 30 companies in emerging markets, and 20 in developed countries, with expectation to expand even further in 2023.

A celebration of the Cardano ecosystem

With the keynotes, panels, and workshops on the first day closed, nominees of the inaugural Cardano Summit Awards got ready for the Gala Dinner. Whether attending the ceremony at the SwissTech Convention Center in Lausanne or watching it on the virtual Summit Lodge, anyone could see the winners announced live:

Today, we convene again for an entire Summit day about the community building on Cardano. 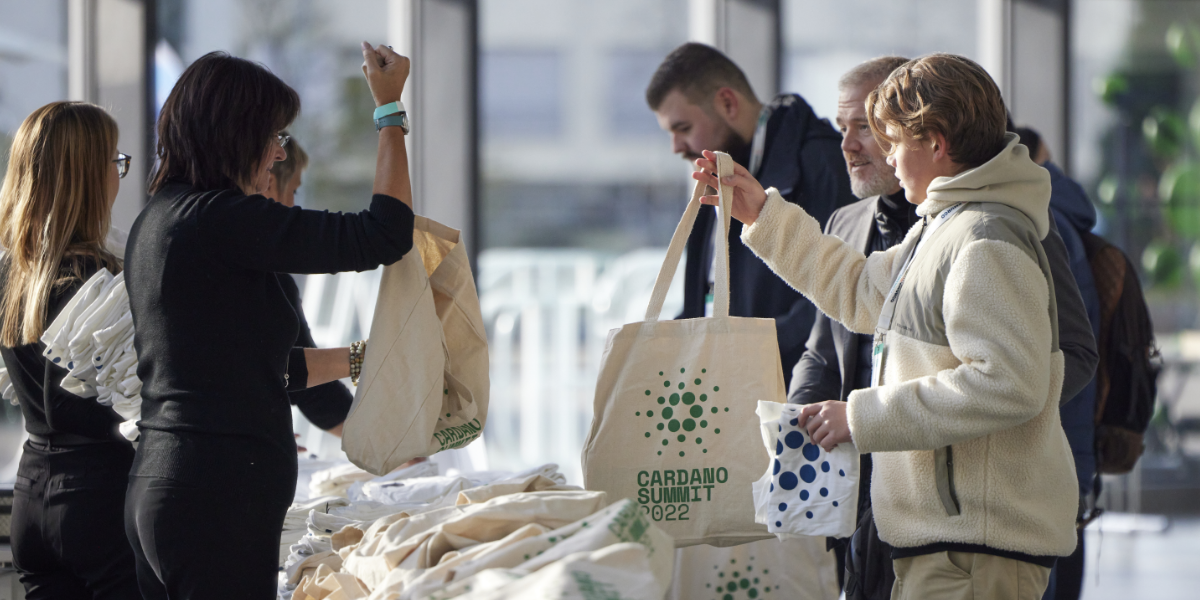